The glorious gold of Mo Farah’s post box has returned, looking more glistening than ever after a fresh lick of paint.

The post box in Broad Street, Teddington, was painted after Farah sealed his place in athletics history and won his second Olympic gold medal in the men’s 5,000m final at last year’s London games.

Wooden cladding around the box sparked fears it could return to its original red but it has now been unveiled to reveal a new permanent gold coat and commemorative plaque.

People took to Twitter to express their delight that the box was a permanent tribute to the 30-year-old’s magical victory.

Alan Shirley said: “@Mo_Farah Come show if off near your gold post box. You know where it is! Thoroughly deserved!”

Helen Langley said: “We noticed this shiny new plaque on the gold post box in honour of @Mo_Farah”

This is the second post box that has been painted gold after Farah’s first win in the 10,000m led to another in neighbouring Isleworth, where he grew up, being given a special Olympic makeover.

Farah trained at St Mary’s University’s endurance performance centre between 2001 and 2010 and is a familiar face in the Bushy Park parkrun.

He became only the seventh man in history – and the first Briton – to secure Olympic double gold medals in the 10,000m and 5,000m. 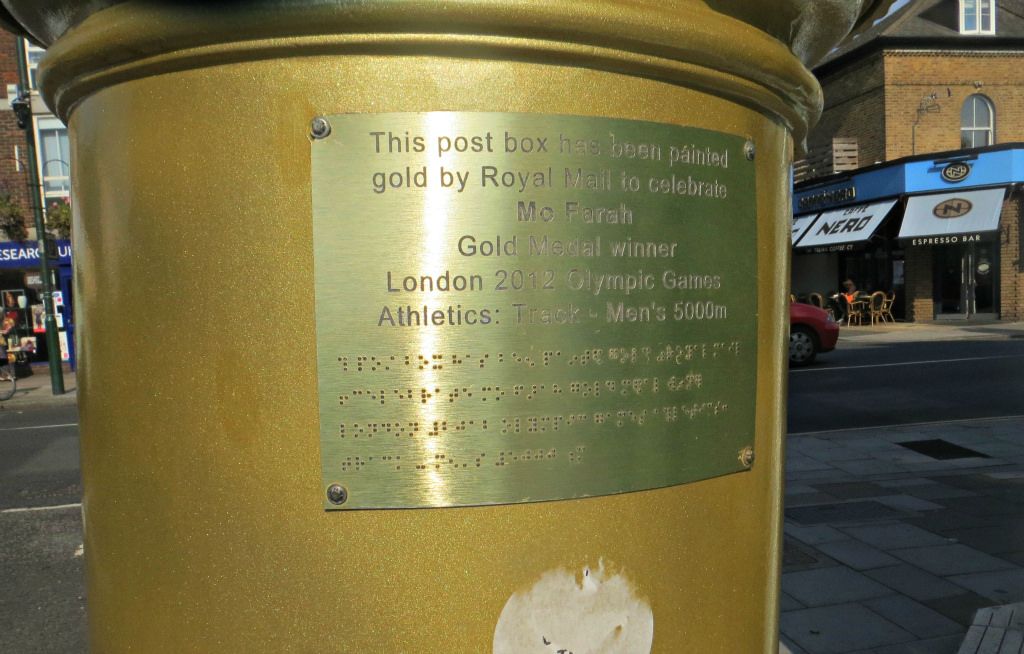