Central Mailing Services have continued its year of heavy investment with a £65,000 spend

We also broke the £7m sales barrier for the first time in our 25th year!

We have a new Norpak poly processor and a Morgana Major folder.

The third Norpak will be installed next week. In addition, we also run a Sitma poly wrap line along with a Set master collator.

The poly processor was £50,000, with the rest of the spending going on the Morgana, CMS’ fourth in a seven-machine folding department. The investment follows a £170,000 March spend, which included two Xerox production machines, all of which have now been installed.

Our MD Mitesh Chouhan said that the company is now one of very few UK mail houses with four poly wrapping lines.

“The reason we purchased the Norpak is that because of volumes we needed to invest in a fourth to enable us to take more work and meet tighter deadlines for existing work,” he said.

“It’s a very versatile and somewhat easier to use machine versus the competition, and we also have trained ourselves on how to maintain it in-house as well. Operators prefer using the Norpak machines.”

The Norpak runs at a maximum speed of 12,000iph. It has also been configured with a clutched shuttle feeder and six additional rotary feeders. This is two more than CMS’ other Norpak lines, although they have camera technology that this Norpak doesn’t.

Chouhan said the new folder was “ever-so-fast” and can fold thicker stock than its current Morgana UFO folders.

It’s been a busy year of investment for us, it is Central Mailing Services 25th year in operation, which also saw it take on a £10m contract for the delivery of a range of print & fulfilment services to Oxford University.

“Everything is going well. It’s very big and it’s quite an intricate and complex contract, a lot of the platforms we’ve developed for them are bespoke as well as a lot of the overseas mail routines,” added Chouhan.

“So we’re constantly making adjustments from the feedback we get from the client but it’s going well.”

Eight new staff have also joined in the past few weeks. These were recruited in the Bureau, graphic design & marketing, client services, production and HR departments.

View our Plant List here to see our full equipment!

To see the original article from Printweek please follow this link: http://www.printweek.com/print-week/news/1161365/cms-invests-further-in-record-year 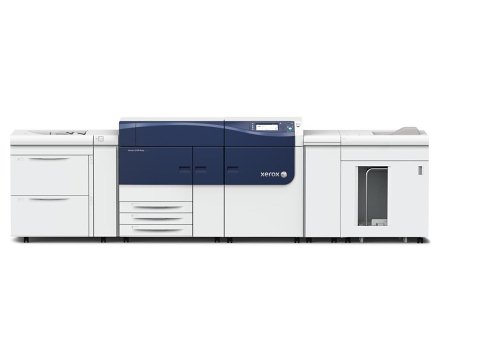