We left that on quite a cliffhanger! We covered the early days of direct mail in our first piece last week, going from the very beginnings in Ancient Egypt and Babylonia through to the start of modern direct mail in the 18th and 19th centuries, before leaving off just as direct mail was about to undergo new challenges and changes in the 1950s. Join us for the second and final installment in our story of direct mail through the ages.
There’s a certain irony to the fact that it was the advent of the computer that really kick-started the evolution of direct mail, given that email, web advertisements and social media are now considered such serious competitors to the direct mail industry. They may seem like uneasy bedfellows, but the two have co-existed for a significant amount of time. It was in the 1950s that computers began to be introduced, making them a perfect gauge of how direct mail changed over time.
The first computer advertisements in the ‘50s and ‘60s carried on in a long-standing tradition, typically stressing the functionality and usefulness of the product, with an image accompanied by a slogan and plain text that outlined what it did.
But the 1970s saw a change, with people being treated to kaleidoscopes of colour (that just seems so very ‘70s, doesn’t it?) and bold graphic designs designed to grab their attention. The specifics of the product being advertised were not quite as important as shorter selling points. With the computer now beginning to be a must-have commodity, marketing was becoming customised to appeal to specific target markets, such as businessmen and children.
Another piece of modern technology is credited with playing a big role in the story of direct mail – bank credit cards, introduced in their present form from the 1960s, were successfully marketed to customers and banks with the widespread use of direct mail. Businesses wondering how to encourage customers to take to a whole new form of payment opted for direct mail as the way of extolling the card’s virtues, viewing it as the most personal way of reaching them.
These new technologies also helped shape the use of direct mail due to the change in lifestiles that they brought about. Statistics show that the number of women working outside of the home went up from 42% to 58% between 1980 and 1990, which was simply the continuation of a trend that had started decades earlier. With fewer and fewer women able to go shopping during daytime hours, it made perfect sense to mail to them so that they could peruse and mail order the latest items in their own time.
The technology available now can give us targeted campaigns that in the ‘70s and ‘80s wouldn’t have been thought possible. Direct mail innovation and design have taken a huge leap forward, with marketers given greater creative tools to design their direct mail pieces. Direct mail now is all about creativity, targeting and understanding your target market.
However, when looked at in simple terms, it is just like it has always been – offering a product or service directly to others. And we still do catalogue mailings, just like it’s the 1800s – though we haven’t done any mailings from Egypt yet! 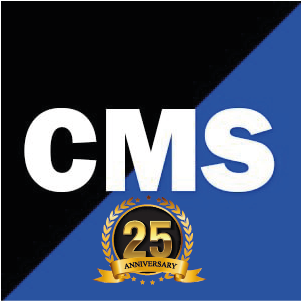