The £189m Library of Birmingham, which houses a collection of one million books, has opened.

The library has more than 200 public access computers, theatres, an exhibition gallery and music rooms.

It was officially opened by Malala Yousafzai, the teenager shot in the head in Pakistan by the Taliban for championing women’s rights.

She was treated at Queen Elizabeth Hospital in Birmingham and now lives in the city.

As part of the opening ceremony, Malala placed her copy of The Alchemist by Paolo Coelho in the library – the last book to go on the shelves. She has been given membership to access the archive.

The library has been built to replace the previous Central Library, built in the 1970s, and described by Prince Charles as looking like a place where books would be incinerated rather than read.

A crowd of visitors queued from 09:00 in Centenary Square, eager to get their first glimpse of Birmingham’s new library.

For an hour after the opening, a queue snaked through the square and Birmingham’s library was officially back in business.

Library director Brian Gambles, said they were given the go ahead by the council to proceed with the project in October 2007, roughly a year before the financial crisis began.

Most of the funding has come from borrowing, with a small amount from donations and the council raising funds by selling land.

A small group of protesters gathered at the opening ceremony, with some voicing concerns at the amount of money being borrowed and their fears for the impact on local libraries and others collecting signatures for a petition against rumoured plans for the library to be privatised. A banner saying “keep the library public” was briefly unfurled on one of the roof terraces.

Mr Gambles said the building had “echoes of the traditional round reading room with a modern twist”.

“A fusion of the digital and the traditional is absolutely essential to the vision of the library we have,” he said of the project, which he has led for seven years.

The building also contains the Shakespeare Memorial Room, home to a collection of 43,000 books, including copies of the Bard’s First, Second, Third and Fourth Folio editions.

As members of the public queued to get inside the building, 70-year-old Ira John, from Tipton in the Black Country, said the old library “had had its day”.

“I used to use the old library all of the time, for languages and transport information,” she said.

“There is no comparison between this and the old library; there is so much here.

“The old building had had its day but this is a library for the future.” 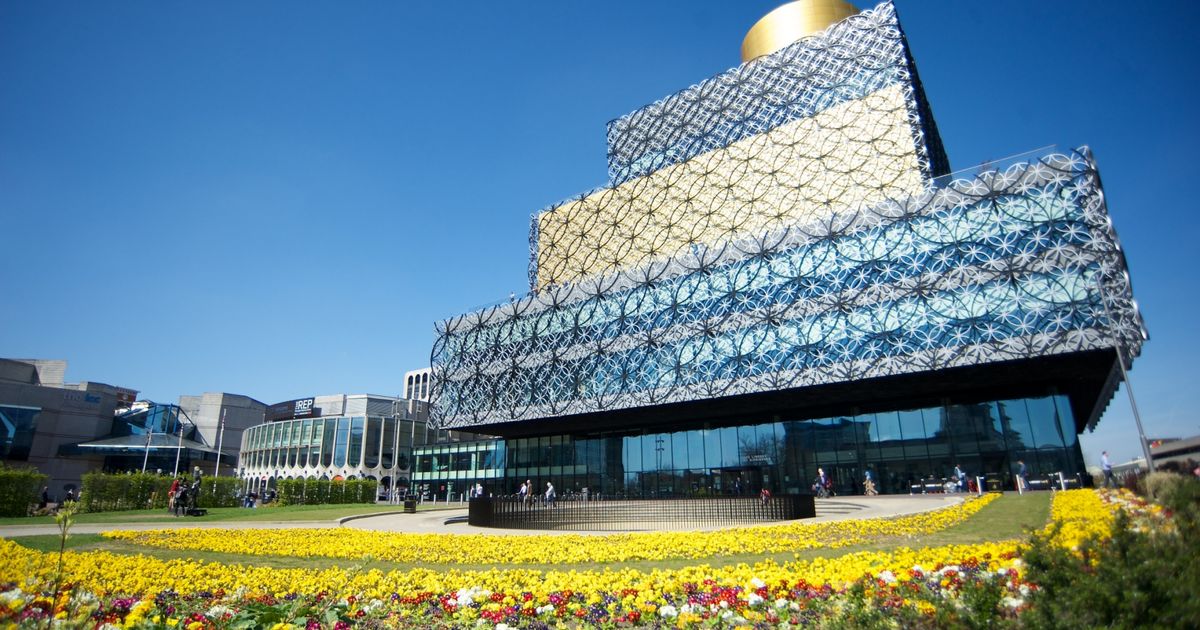