Land Rover had its best ever September with sales of 10,769 vehicles registered; up 11% on the same month last year and 13% up year-to-date. The bookends of the brand drove the impressive figures with a record September for the Land Rover Defender – up 30% compared with 2012 – and continued strong sales of brand flagship, the all-new Range Rover – up 24% on 2012.

The Range Rover Evoque continues to be successful – up 35% on the same month last year and the new Range Rover Sport has made a strong start with sales of 1,309 vehicles during what is only the second month of customer deliveries.

JLR said monthly retail figures for Land Rover’s newest model were set to increase in line with production ramp-up and a healthy pipeline of orders is expected over the coming months.

The Freelander continued to have an excellent 2013 with retails up 13% in September and 35% for the year-to-date. JLR said sales of the soon-to-be face lifted Discovery were also stable.

Stablemate Jaguar saw a 19% increase in car sales for the year-to-date, with a year on year increase across its model range of 7%. The new F-Type sports car continues to be popular with more than 1,000 delivered to UK customers.

The year-to-date has also seen a surge in sales of the popular Jaguar XF executive car and XJ luxury saloon. In 2013 sales of the XF are up 12% and XJ 6%; a result JLR said was due to the introduction of new, efficient and high performance derivatives of each model.

“With the recent introduction of the all-new Range Rover Sport and F-Type coupled with the continued success of our well-established models, we have seen more new customers than ever purchasing Jaguar Land Rover award-winning products. Indeed, our new 2014 model year offerings across both brands will be hitting showrooms shortly and will see us build on the successes of the 2013 range.” 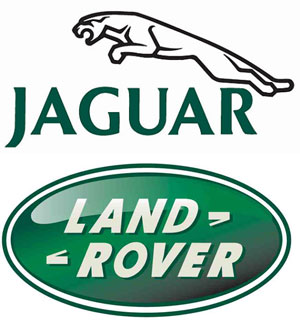