Postman Pat has come to life, with one black and white moggy befriending a Royal Mail Postie called Pat.

Patrick McIntyre was delivering a parcel when a very affectionate cat -forcefully – befriended him.

It jumped on to Patrick’s back as he was leaving a note on a customer’s doorstep and proceeded to make itself at home.

Patrick filmed the encounter on his phone and said: “It’s Postman Pat and his black and white cat… you couldn’t make it up.”

The cat’s name is unknown – but we’re hoping its Jess.

Amazingly, two days later he found another cat in his red van – although it wasn’t quite as enamoured with Patrick.

As soon as Patrick started filming, the cat jumped out of the back of the van, as if nothing had happened. 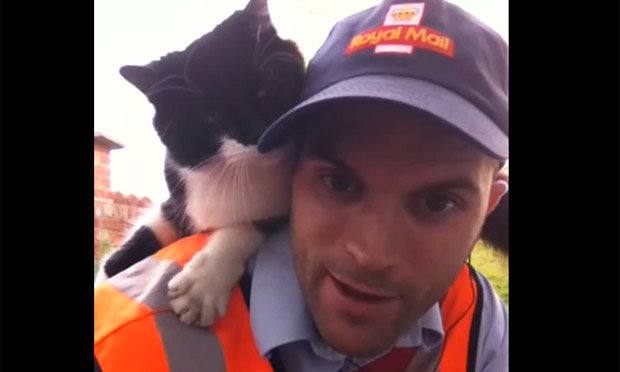