POSTIES have been delivering a special message this month to help a colleague who has been diagnosed with cancer.

Postmen from Sutton Coldfield’s main postal depot in Upper Clifton Road have been growing moustaches while raising smiles – and pounds – for a friend who was recently diagnosed with prostate cancer.

Around 30 postmen have this year been taking part in ‘Movember’ – a charity put together to raise awareness of prostate cancer.

But because the group wanted to help their 26-year-old friend Michael Lillis, money raised will be going towards helping him, and his family, instead this year.

Russell Bow, from Great Barr, a close friend of Michael’s, as well as a colleague, said it was a great way to help.

“I think it’s when it is so close to home that you realise the affect it has on people and those around them. That’s why we decided to help Michael this year,” he said.

It was only in September that Michael found a lump and went to see his doctor, who sent him for tests.

A few weeks later his worse fears were realised when he was told he had cancer.

Michael, who lives in Kingstanding, said: “I had a dull ache in the testicle and went straight to the doctors and it then lead to them telling me I had cancer.

“It was devastating, and the hardest part was telling my family. I had the operation on October 25 but unfortunately tests showed the cancer had spread to the lymph glands, and so I have this week started a nine-week course of chemotherapy,” he said.
Michael has worked as a postman in Sutton for the past eight years.

Russell said: “One of the other postmen, Darren Barrall, has also had some family suffer from cancer, so we knew this is something we had to do. So many have taken part this year and we just want to raise as much money as possible.”

Movember started in Melbourne, Australia in 2003 and has become a global campaign with more than three million people in 21 countries taking part. Last year 1.1 million people took part and raised £92 million.
In total more than £260 million has been raised for male health charities since the campaign began 10 years ago.

In the UK, Movember health partners are Prostate Cancer UK and The Institute of Cancer Research.

Men aged between the age of 45 and 70 are being urged to get tested. 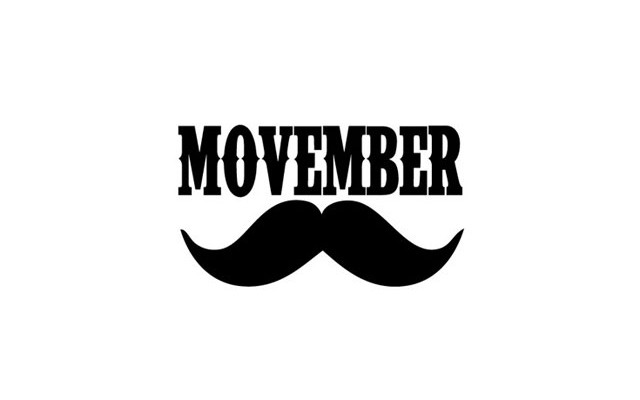