Shropshire Name Has Been Axed From Postmark

The move was today criticised by business leaders who say it is a blow for the county’s identity.

It will come into effect when Shrewsbury’s Royal Mail sorting office closes in March. Instead mail posted in the region will bear the postmark of the mail centre where it is processed, Royal Mail bosses confirmed. That means that mail sent from Shropshire will be franked as being processed in the West Midlands, South Wales or Chester.Richard Sheehan, Shropshire Chamber of Commerce chief executive, said: “Even losing something as simple as a postmark takes away a piece of marketing material that draws attention to and gives profile to this magnificent county.

“The loss of the sorting office has been a significant blow. It’s a significant issue and once again it would appear we are being treated as second class citizens.”

Keith Barrow, leader of Shropshire Council, added: “The fact that we are going to lose the postmark is appalling.”

Royal Mail spokesman Mike Norman confirmed the Shropshire and Mid Wales/Shrewsbury postmark, also known as the cancellation mark, would not be used in the future. He said: “Items posted in the area will now show the mark of the mail centre where they are processed. Therefore, Wolverhampton, Chester or Cardiff.”

He added: “Items posted in Wales will still bear a bilingual stamp.” Under the changes letters with the SY postcode will be processed at Chester.

Those bearing the TF postcode are to be dealt with at Wolverhampton, while the LD postcode (serving Knighton, Llandrindod Wells, Builth Wells and Brecon) will be processed at Cardiff.

Shrewsbury’s Royal Mail centre, in Castle Foregate, has been processing mail since the 1880s. Royal Mail bosses said the public will see no change in the service they receive. 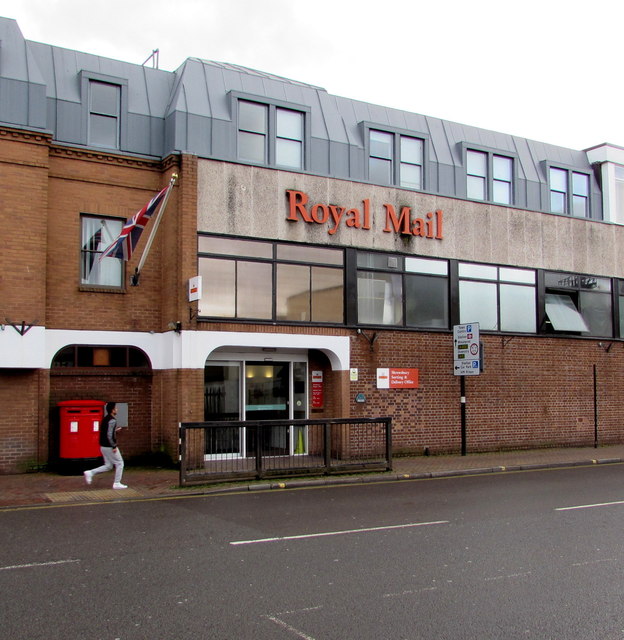