During our relationship Sandwell Arts Trust there has been many ups and downs, however we are sad to report that, the beleaguered arts centre, The Public, will hand the building back to Sandwell Metropolitan Borough Council on 30 November, following a decision by the Council that the facility is unaffordable in its present form.

The Council currently spends around £30k a week on the centre. Council leader Councillor Darren Cooper paid tribute to the Trust for its work but said in the face of central government cuts, this level of spending couldn’t carry on. He has reassured the Trust that efforts are being made to make sure the arts remain accessible to the area: “In the talks we are having, we are looking at keeping some arts provision there, as well as looking for alternative venues in West Bromwich for entertainment.”

Talks are also ongoing with businesses and local organisations housed in the building to make sure their work and activities continue in the town centre. The Council remains in discussion with Sandwell College over the possibility of turning the building into a sixth form college and lifelong learning centre, which would also feature some arts provision.

Arts Council England (ACE) has issued as statement saying it is “disappointed” to hear that Sandwell Metropolitan Borough Council will not be extending its contract with the Sandwell Arts Trust to run The Public as a dedicated arts centre, but is in dialogue with the Council and other interested parties to ensure that high quality arts provision continues in the area.

The Trust has a £600,000 three-year funding agreement with Arts Council England to provide an arts and digital programme. £300,000 has already been drawn down, and ACE will now be reviewing this funding. But the Lottery-funded capital investment in the building will be lost to the arts if the building is now used for non-arts purposes.

The Public was due to open in 2004, with ACE having pledged £19m of Lottery capital funding to the project. But a series of setbacks – including the liquidation of the organisation managing the project – saw the opening delayed by years and costs escalated. It was only in 2011/12 that ACE paid the final instalment of what was ultimately a £35.3m investment in the building. Such was the catalogue of problems that beset the project that it became a key focus of a Select Committee report  into the funding of Arts and Heritage in March 2011, which described ACE as having “played a major role in a gross waste of public money” and accused it of “a lack of any serious attempt to learn lessons or prevent a repetition.”

Whilst dismissing criticisms relating to The Public as “old news, and… not representative of the Arts Council’s investments in capital projects”, ACE subsequently commissioned an independent review of its role in the failure of the project. The report author, Anthony Blackstock, said the possibility of The Public ceasing to produce art was “unlikely” but pointed out that in the event of this happening, ACE would have to “in effect summarily write off” its investment in the building.

An ACE spokesperson told AP that this is because the legal charge taken on the building expired with The Public’s 2009 liquidation and was not renewed when Sandwell Council took on the venue, as local authorities cannot charge their assets.

This means that ACE cannot now recover any of its investment if the building is to be used for purposes other than arts provision. The situation is reminiscent of Sheffield’s National Centre for Popular Music, which failed in 2000 just a year after opening, having received an £11m arts Lottery investment. The building was subsequently converted into the students’ union for Sheffield Hallam University. 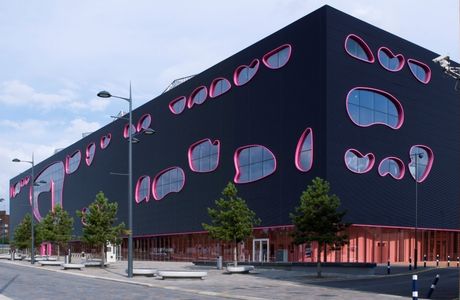